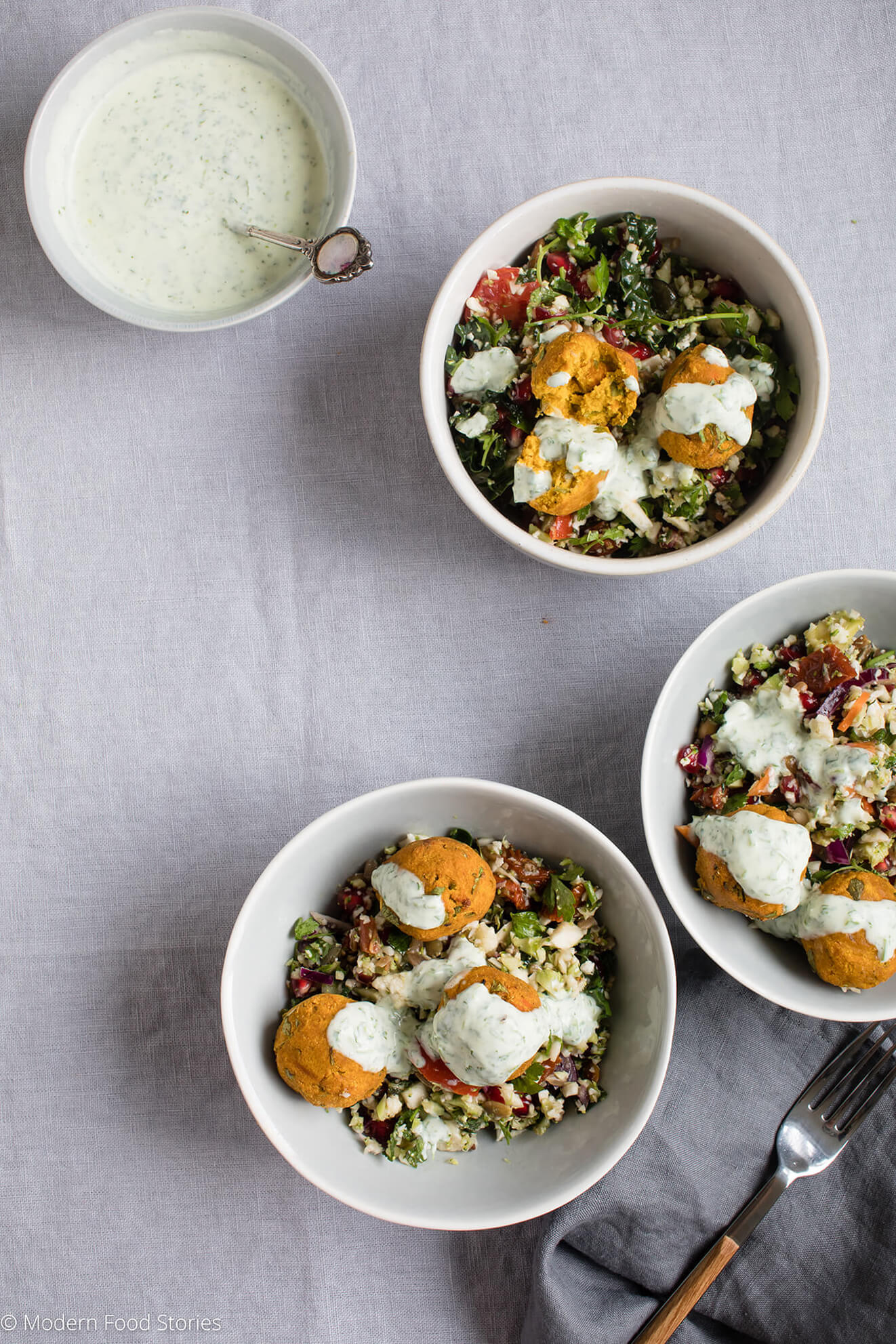 How about these baked, legume free spiced carrot falafel as an alternative to the popular chickpea version? Falafel are one of my favourite snack foods. Traditionally from the Middle East, I love the way that food there is centred around family, a love for sharing and chatter. Served in pittas, wraps or with a colourful salad seems to me a much more sociable way to enjoy them over the plated, sit down familiarity of British culture.

It’s the fresh smells of cumin, coriander and zesty lemon that lure people from their homes, inviting hungry locals and tourists to succumb. Bought from colourful street side stalls, the tahini dressing dripping onto the t-shirts or both young and old. One is simply never enough.

Falafel are normally made using chickpeas and fried, but for some, legumes can cause bloating. So these are my healthy, baked, legume free version. Yes they’re not quite the original (especially with the emittance of chickpeas) but they are my tribute to Middle Eastern food with my low carb, good for your guts spin on them. And most importantly, they are absolutely delicious.

Remove the skin from the onion and garlic. Chop fine but keep separate. Heat 1 tablespoon of olive oil in a pan. On a medium heat fry the onion for 1 minute. Add the garlic and cook for a further 2 minutes. Remove from the heat and allow to cool

Once cooked, remove the carrots  and cauliflower from the steamer/ drain from the pan of water and allow to cool.

Place the carrots, cauliflower, onion, garlic, cumin, coriander, paprika, 3 tablespoons of olive oil, lemon juice, 40g of coconut flour, tahini, 1/2 of the finely chopped parsley, salt and pepper in a food processor like a Vitamix and blitz until almost smooth. You might need to scrape the sides with a spatula and blitz a few times. Empty the mix into a bowl and fold in the remaining chopped parsley and 10g of coconut flour.

Using your hands, roll into falafel sized balls, about 2 cm in diameter. Place the legume free spiced carrot falafel on a baking tray lined with grease proof paper. Brush with a little olive oil and bake in the oven for 20 minutes. Turn and cook for a further 20 minutes until golden.

Simply blitz all the ingredients together in a food processor like a Magimix until almost smooth. Option to use normal cows yoghurt if you’re not dairy free. 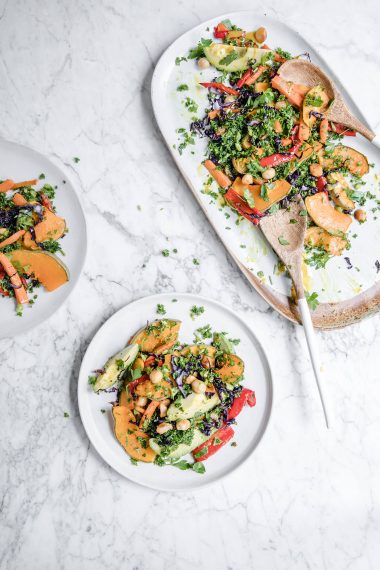 Gallery image with caption: Roasted Sprouts, Chorizo with a Chestnut and Lemon Crumb 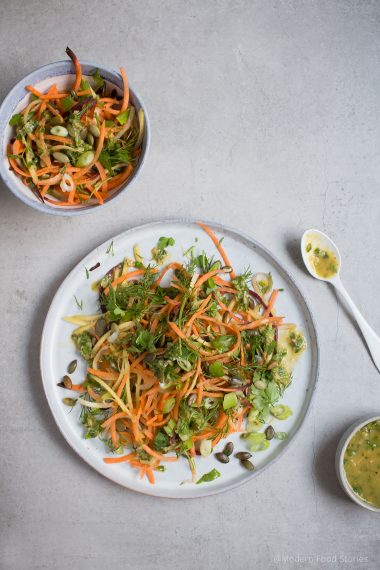 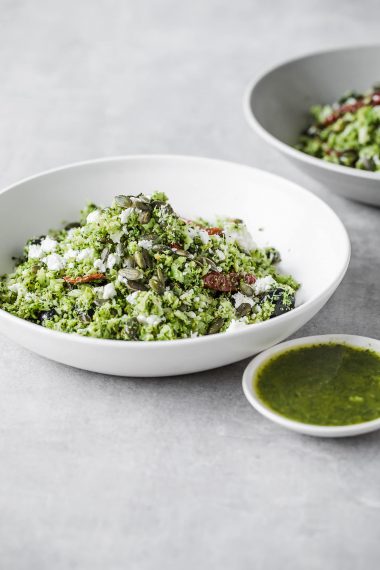 ⁠Do you know why I love breakfast so much?? ⁠

Who else loves an easy one pan dinner? 🙋🏼‍

Get all the latest updates
Featured Client Recipes
Awards 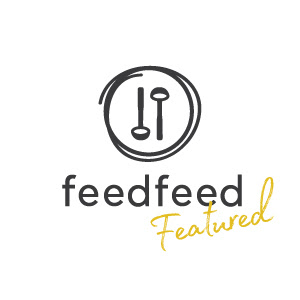 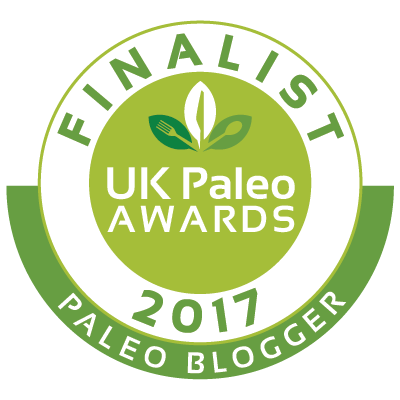 ⁠Do you know why I love breakfast so much?? ⁠

Who else loves an easy one pan dinner? 🙋🏼‍

Don’t you just love it when something you throw

They say variety is the spice of life⁠… but wi

It's sweet. It's fruity. Its breakfast made sexy..